The moods of Boober rat

Boober rat does not like the camera. The moment he notices a camera he will move away or at least turn around. It is very hard to catch Boober rat by surprise. 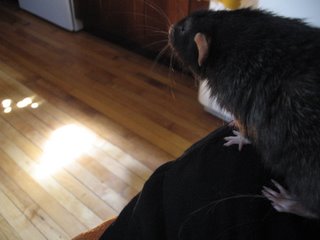 Even when Boober rat is bruxing and in a near boggle he seems to know if someone wants to take pictures... 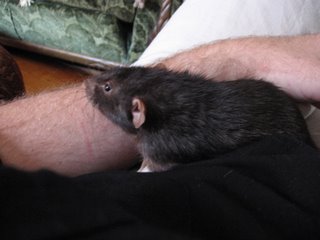 Boober rat can be slightly convinced to hold a pose for a moment, but it is usually on the spur of the moment. 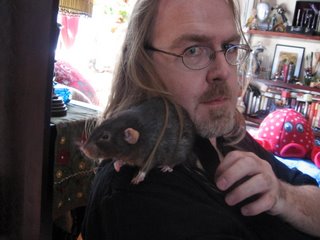 [I swear it looks like Boober rat is smiling in this picture. Often Boober rat will stand with one paw up like he is gesturing...]
Posted by christopher at 2:08 PM

Boober is a rat after my own heart. I don't like my pict taken either. He is one smart rat and very cute