Mamma duck and her babies were waddling around downtown. Some concerned citizens were able to gather them up and take them to a park down by the river, away from traffic and train tracks. 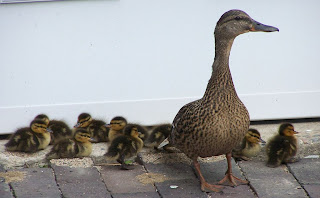 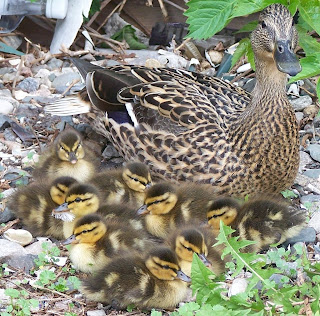 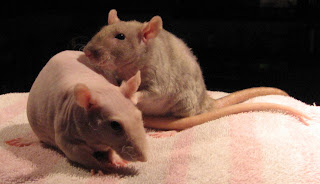 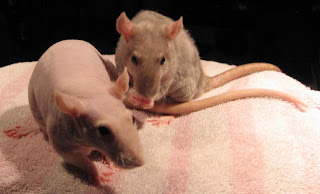 Posted by christopher at 9:22 PM 3 comments:

Hanging out with the lovebirds 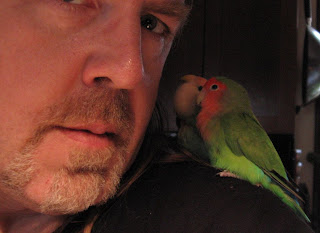 The Lovebirds really enjoy hanging out with me.
Posted by christopher at 8:59 PM 1 comment: 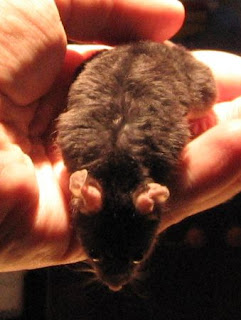 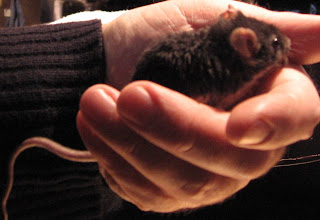 Between the time these last pictures were taken in March and the time of his passing yesterday, Ricky mouse became a little old man mouse. Ricky mouse had lost most of the vision in one eye and was having trouble walking around, but Ricky mouse was determined to have everything his way. In fact, the morning before his death I had cleaned his cage and since he was having trouble climbing I removed his wheel and a short u-tube leading up to his "petting zone" a.k.a. his bed. Ricky mouse would have none of this and threw his own little old mouse tantrum and the moment I reattached the tube he climbed up into his bedding and made it up the way he liked.
These last few weeks I would spend a lot of cuddle time with Ricky mouse and he would let me know often head-butt my thumb when I was not petting him enough and eagerly hop into my hand when I offered to pick him up. As he grew more and more tender I made his meals easier by crumbling his block into little pieces and spritzing them with PediaLyte. Ricky mouse loved getting yoggie Cheerios after cuddle time and would often wait for me to offer them before retiring to his nest.
Posted by christopher at 5:29 PM 1 comment: 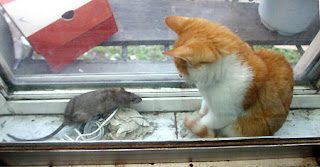 Posted by christopher at 3:58 PM 2 comments: 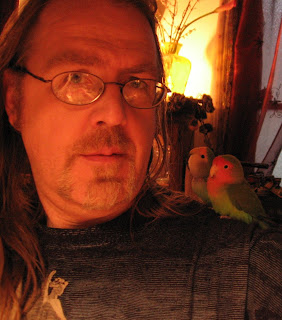 The lovebirds settle in for some snuggle time. 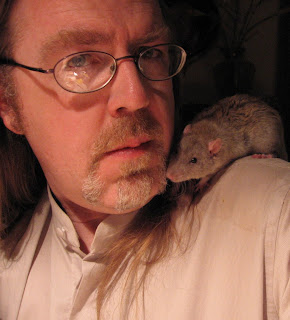 Barnabas rat plays it sweet.
Posted by christopher at 7:46 PM No comments: