Mouse City goes through some modifications as the population changes. 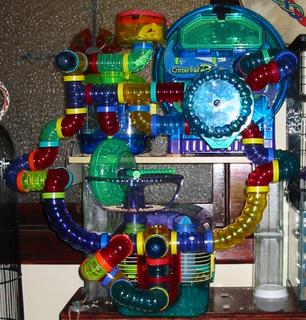 Consideration is still made for the the older or more fragile mice. There is food, water and a wheel in each section. And the angle of the tubes are not so severe.
Posted by christopher at 10:18 PM 1 comment: 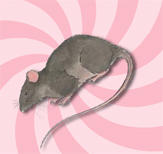 I dunno about this campaign to reform the public image of rats. I say we just need to educate people more about them.

But the name they want to replace 'rat' with - 'great pointed archer' - what's up with that?? I did a bit of research and so far can't find any reason to use that term. Rat sounds fine with me. I'm stickin' with it!
Posted by Trishymouse at 10:05 PM No comments: 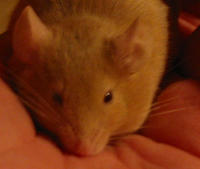 She was the only mouse that ever had whiskers in the girls' cage.

The name we gave her was Pixie, but her secret name was Whisker Nibbler.

I noticed Pixie, the slighter larger mouse of the twins, Pixie and Dixie, had been sluggish the last two days. When I did today's cleaning I noticed she was ever more sluggish, leaning to one side and that her tail was kinked at the end. Pixie was also making a heart-breaking chirp/chatter/squeak/crying sound. I took her out and held while trying to figure out what was wrong with her. I noticed one eye was slightly bugged out and that she appeared to have trouble moving the paws and legs on one side and that she was breathing hard. Perhaps she had suffered a stoke? I took out her sister Dixie and held them both together. Little sister snuggled with big sister and after trying to get Pixie to eat and drink I put her back in with her siblings and mother, making sure to watch out for any aggressive behaviors from the others or any worsening of Pixie's condition. Pixie moved around the cages, poking in and out of the usual places until she settled in the bottom cage under the wheel. I could hear her squeak and chatter once in a while if any other mice came near her. I spent most of the day looking in on her.

I looked in and found Mamma Mouse Pudding snuggled against Pixie, looking as if they were doing their usual snooze. I looked closer and saw Pixie's eyes were fixed and starting to mist over. I tried to reach in and to check Pixie but Pudding would move in front of me as if guarding her little girl. I sat back and let Pudding snuggle one last time with Pixie. Eventually Pudding gave Pixie a final preening and then moved to another part of the cage. Trish came home and we brought Pixie to be with her father, Mabel Mouse, her Auntie Belle and her sisters Lena The Brave and Little Brown Mouse Harriet.
Posted by christopher at 5:08 PM 1 comment: 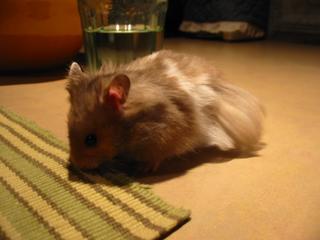 Setting out on tonight's adventure. 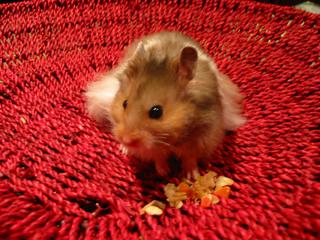 "You call this a treat?!"
Posted by christopher at 6:11 PM No comments: 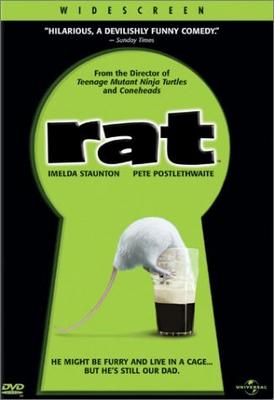 "A man (Pete Postlethwaite) heads out to the pub one evening, and when he comes back home, he turns into a rat..."

Many hated it, some were bored by it. I haven't even seen it, but I know I'll howl with laughter! I guess you have to Irish, with a twisted sense of humour...*

You can still see the trailer for it online here.


* Any rat that likes his pint of Guinness is OK by me
Posted by Trishymouse at 6:50 PM 4 comments:

These photos are from a colorful mouse circus that took place at Hamburg, Germany's DOM Market, part of the annual Hamburg DOM Festival...
Posted by Trishymouse at 11:47 PM No comments:

Later this month, we'll be hosting a visitor.

His name is Rattie, and he's the ambassador of the The Northern California Rat Community (NCRC), spreading the word about World Rat Day.

Linda, from The Crafty Rat, wrote back to my invitation, to say...

"Rattie would love to come and visit you and your family in Fargo, North Dakota. Right now he is on a visit in El Cajon, California which is in Sunny San Diego. He is due back around the end of the month. If around the end of the
month to the beginning of next month is still a good time to come for a visit please let me know and when Rattie returns from his trip I will get him ready to come and visit you. Rattie can stay for 2 weeks all I ask is that Rattie sends home some postcards or e-cards to let me know how things are going. I also would like pictures of his visit for his scrapbook and to post on the website of his grand adventures. Either regular photos or digital are fine. Rattie is also designed to wear ready made teddy bear clothes that one can find in craft stores or some toy stores. Rattie usually travels by UPS and when his visit is over just send Rattie home in the same travel box by UPS. I will need your address that you want Rattie shipped to along with your home phone number. Rattie will come with his street clothes and blanket, PJs, bath robe and slippers..."

We're looking forward to hosting Rattie, and helping him spread the positive word about rats (generally, and their relationships with humans...)
Posted by Trishymouse at 10:54 AM 1 comment:

This is Mike, and one of his mouse friends.

Mike is a mouse breeder and wrangler.

His webite - Mikiodo Mice - is a work-in-progress, but looks like it will be fascinating to monitor as it unfolds. I'm hoping for stories about why Mike loves mice, what 'mouse-wrangling' is like, and fun stories about his mice...
Posted by Trishymouse at 10:59 PM No comments:

The map to the left shows where readers of this blog come from. It's a neat little feature I discovered recently and decided to use to see where our readers live. It resets daily, but has some historical information on the web page*.

* - You can always check it, if you're curious, by clicking on the BF MAPSTATS button in the right-hand sidebar.
Posted by Trishymouse at 11:06 PM 2 comments:

Dog of a Different Persuasion 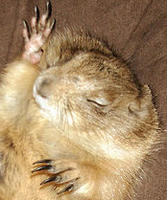 Mimosa is a prairie dog. She loves to snuggle.
Posted by Trishymouse at 10:10 PM 1 comment:

To the least of these...

We are thrilled to report that at least one group of rats did survive the disaster in New Orleans, although, sadly, one rat died after being evacuated. The rats and their human family (and one cat) are now refugees in Florida, and have nothing. 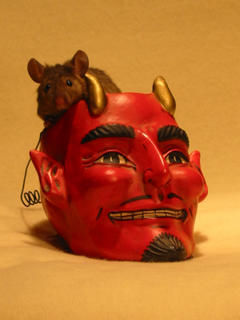 For readers that may not be aware, the Dapper Rat website puts out an amazing calendar of our furry friends every year.

Here are some advance shots of the 2006 calendar coming out in the near future...
Posted by Trishymouse at 12:33 PM 2 comments:

Humphrey hams it up 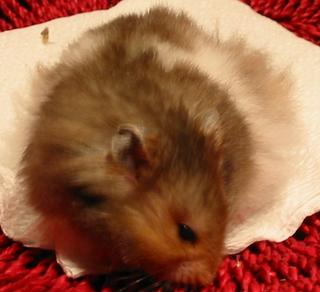 Just hang in there... 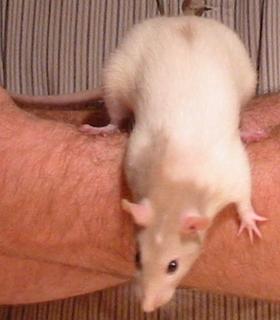 A little peanut butter for a treat. 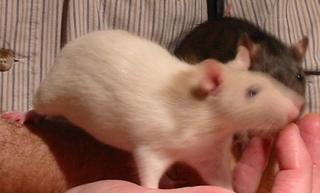 Getting ready to jump... 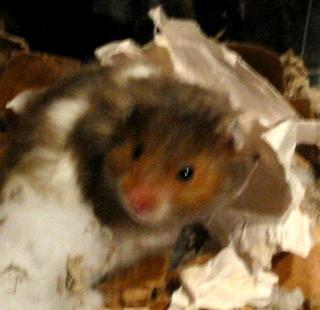 "What part of leave me alone don't you understand?!"
Posted by christopher at 11:32 AM No comments:

The wheel is also a sleepy place. 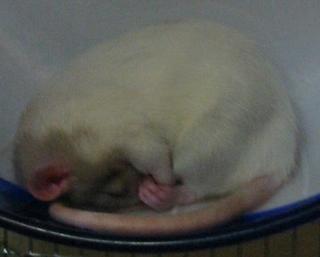 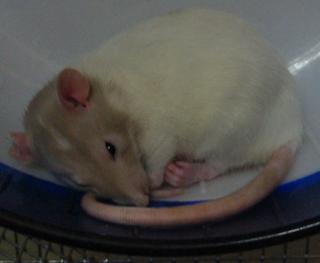 Humphrey Hampster, the new rodent on the block, taking a sippy-break between running on the wheel or hiding from us. He was actually very calm when I took this picture. Sometime I hope to get hi 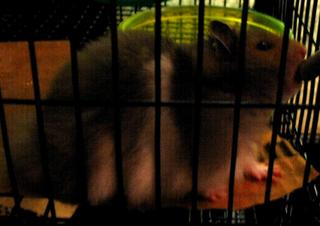 m in better light.
Posted by christopher at 10:31 AM 2 comments: