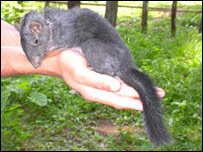 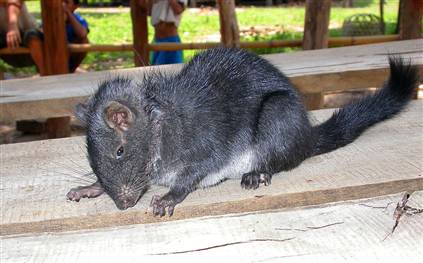 The animal was trapped and then released (Image: D. Redfield).

'Living fossil' rat caught on tape
'Fossil' rock rat pictured alive (watch the video!)
Professor and biologist bring back photos, video of Laotian rock rat.
A scientific expedition to central Laos has found a live rock rat, believed to be the sole survivor of an ancient group of rodents.
Posted by christopher at 2:10 PM

WOWZERS! I couldn't find a pic of this wee beastie on AOL and here you have it!

This blog is great. Keep up the good work.