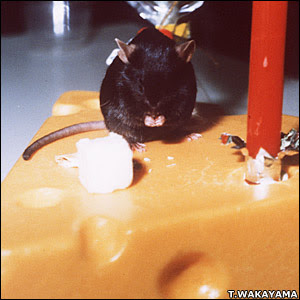 Cumulina
In 1997, scientists cloned the first mouse from adult cells, calling her Cumulina.
Cumilina died at the age of two years and seven months – a relatively healthy age for a mouse. She gave birth to two litters during her lifetime.
Mice remain one of the more difficult species to clone. 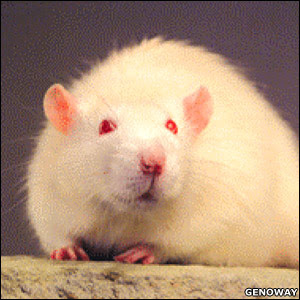 Ralph the rat
Rats are particularly difficult to clone: the first, Ralph, was produced in 2003.
Early development in the rodents is different to other mammals: rat eggs "activate" as soon as they leave the ovaries, making it difficult to introduce new genetic material.
A chemical is needed to stabilise the embryo before cloning is possible.

Posted by christopher at 9:52 PM